Sorin, the only vegan patient and yoga practitioner in the hospital, wanted to pose bare chested and with a fresh garlic between his teeth to greet the coming of the summer. Căpâlnaș Psychiatric Hospital, Romania, 2021. In Romanian state health system meals are not adapted for vegan patients, but Sorin also supplements his diet with fresh vegetables from the hospital's therapeutic garden. Part of my ongoing project, One flew over a gentry’s nest, about the residents of Căpâlnaș Psychiatric Hospital. The hospital is housed by the Mocioni-Teleki castle, built between 1876-1879 after the plans of Viennese architect Otto Wagner, who was inspired by Little Trianon at Versailles. In 1948 the castle and estates were nationalized, confiscated from their owners, The Mocioni family, and later became a psychiatric hospital. 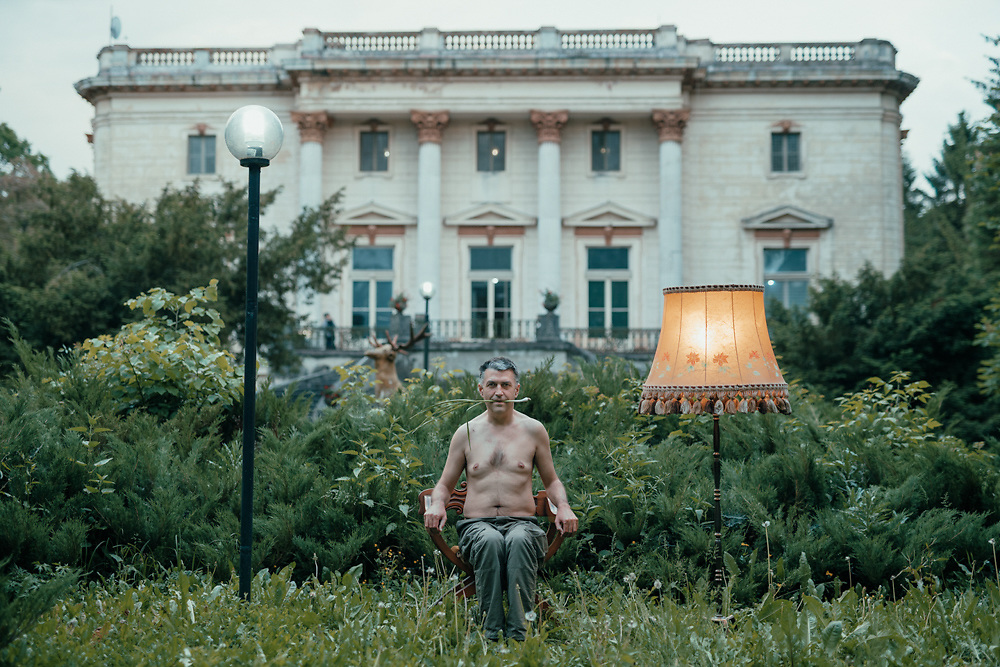